Back in the day, being in WWE’s Midcard was just a test to see if a WWE Superstar is ready for a title push. It used to be obvious what direction a Superstar is heading in the company based on how they are performing in the ladder leading up to a title shot. That’s how the system used to be set up.

The current state of WWE’s midcard is a crapshoot. Superstars like Tye Dillinger, Baron Corbin, and Rusev seem to be perpetually going nowhere in the midcard. While other superstars are given a fast track or skip it all together like Jinder Mahal, AJ Styles, and the obvious next up Bobby Roode. The choice to propel a superstar can be because a Superstar’s talent and overness with the crowd is undeniable, such as with Styles and Roode. However, these same qualities can leave someone forever wandering the midcard like Zayn or Rusev.

How can WWE fix this?

Currently, WWE has a lot of excellent wrestlers. The current WWE rosters may be the best collection of pure wrestling ability WWE has assembled. However, this has lead to probably an era of less than stellar characters. And like it or not, character plays a huge part in how Superstars get out of the midcard.

Over the past year, Braun Strowman has exploded onto the Raw Main event scene. Before this major push, Braun was just a lackey to Bray Wyatt and wasn’t getting any character development. When Braun was finally able to cut promos well enough, and show who the Monster Among Men is, did he become a fan favorite? Yes, and this was accomplished through great backstage segments with Reigns, great in-ring monster work, and other antics that set him apart from the crowd.

If you look at the midcard now, it just seems to be guys who are good at wrestling. It’s hard to differentiate Dillinger from Aiden English when all their main card duties consist of quick matches and even faster promos. Even strong characters coming in get washed down like the Kanellis couple. Without a strong impression of who these wrestlers are, fans aren’t going to be clamoring to see them holding titles anytime soon. 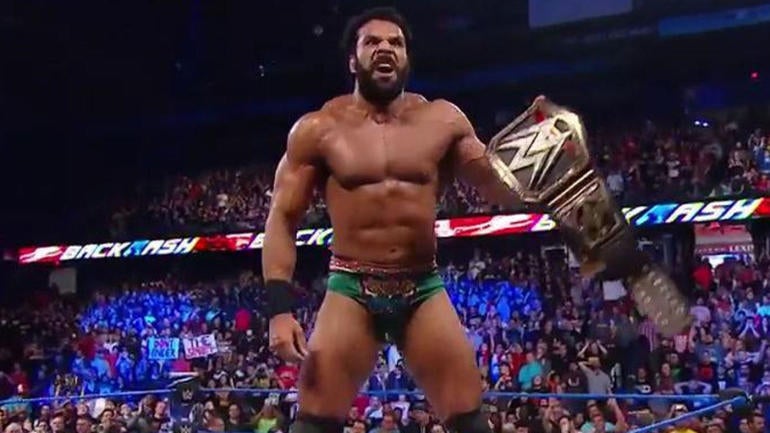 There’s no natural flow to the midcard in the current WWE landscape. Superstars get inconsistent motivations, pushes, and angles that hinder their character. For example, someone being never pushed, such as a Zayn or Cesaro. Or it could come in the manner of a superstar reaching the main event and then get buried back down to the midcard, ala Bray and Rusev.

Currently, there seems to be a tight bottleneck on the titles in WWE. Even after the superstar shakeup earlier in the year, the upper echelons on each Brand mostly stayed the same. Of recent times Jinder Mahal, of all Superstars, is the only undercard superstar to break into the title scene and not just be a put over the star. There’s been such a tight ceiling on the WWE main event that most guys who would be in the title picture have been paired off into tag teams.

WWE needs to restore a natural pipeline to the title picture. With the current bottleneck access to the main event, the once decent flow of WWE’s midcard is a thing of the past. I would love to see the King of the Ring return as a signpost for Superstar ascension. Anything at this point to show the progression of a Superstar into a title match, aside from a multi-man match win, would be a vast improvement to the system.

On top of things on screen being confusing, some storylines and superstars are either abandoned or go straight up missing.

Do you remember when Breezango’s office was left a mess, and Breezango was going to reveal who did the crime? Well, who was it? We as the audience will probably never know. Remember Curt Hawkins who they made a huge deal about coming to Smackdown? He’s jobbing somewhere. What about the recent Zayn and Mike Kanellis feud? That went on for two weeks and was then just left flat at the end with no payoff.

The Wyatt family’s break up at the beginning of the year was a hot angle. The fans were begging for Luke Harper to get a push, and he gets one match against Erik Rowan, and we haven’t seen either of them since. Dillinger was off TV for months, and it’s happened with Apollo Crews, The Ascension, American Alpha, and countless others. Writing either takes them into corners that go no where or they just get dropped from the scene, sacrifices to the midcard maw.

WWE needs to realized abandoning superstars kills them for a long time. A simple repackaging can keep their heat up, just look at the Miztourage. If done correctly, this can even be used as a package to catapult a Superstar to the main event scene, think what Evolution did for Randy Orton and Batista. The point is, it’s better to be a lackey on screen, then to be dropped altogether and have nothing to do, ever. 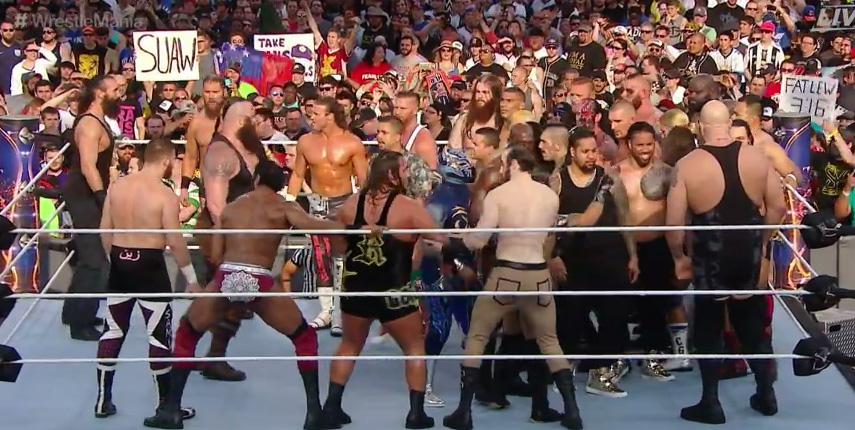 WWE’s Midcard in a battle royal

Some fans have argued that it could be WWE just has too many superstars, and this jumbled midcard is just the result of this. There’s some merit to that, and the brand extensions have only seemed to exacerbate the problem somehow. Making NXT a third branch could free up some space, but then that pushes out their midcard. The problem would only become worse from there as then how do you showcase the new talent properly?

I believe that WWE can turn this sandpit of a midcard into something if they just tightened up their writing and realized the pitfalls they create for some of these guys. In an era where characters are weaker than before, it takes a real motivation for the fans to get behind someone. But if WWE continues to abandon, given no character, and bottle-necked the midcard from title opportunities the Hell will just continue.