The UFC hasn’t slowed down much during the coronavirus pandemic and that trend will continue in October.

In one of the most highly anticipated bouts of the year, undefeated Lightweight Champion Khabib Nurmagomedov will defend his throne against current interim title holder Justin Gaethje.

In an interview on CNN, UFC President Dana White announced that Khabib-Gaethje was set for October 24 with the event and location to be announced at a later date.

Khabib (28-0) has been one of the most unbeatable looking fighters in the history of the sport and will be looking to make his third defense of the Lightweight Championship. Khabib last fought in September defeating Dustin Poirier in September by 3rd round submission via rear-naked choke.

Before that, Khabib defeated bitter rival Conor McGregor in October of 2018 with a 4th round submission. While rumors continue about a potential future rematch between Khabib and McGregor, the fight with Gaethje is the right fight to make.

Gaethje (22-2) entered the UFC on an 17-fight winning streak before going 1-2 in his first three fights with the promotion, but won Fight of the Night in all three match-ups.

Since his last loss to Poirier in April of 2018, “The Highlight” has been producing highlights with four straight (T)KO finishes over James Vick, Edson Barboza, Donald Cerrone and most recently, Tony Ferguson in an interim title fight at UFC 249 in May.

Khabib and Ferguson has been the most cursed fight in MMA history with five bookings and no fight. When it fell through once again in May, Gaethje jumped at the opportunity and took advantage. Gaethje beat Ferguson in a one-sided affair that ended with a 5th round stoppage and would derail the potential of another booking of Khabib-Ferguson.

With that said, this match-up is one of the most fun across all divisions in the UFC. Gaethje has excellent take down defense and uses his wrestling base to stay on his feet and work in the clinch. Justin, at times, has the reputation of being a “wild” striker, but his accuracy and strikes-per-minute rate is some of the best in lightweight history.

While Khabib may be at a disadvantage on his feet, his wrestling is the great equalizer. Nurmagomedov averages over five completed take downs per fight and holds the record in the lightweight division with total take downs and take downs in a single fight with 21 in a dominate win back in 2013.

The Champion and interim Champion will unify the Lightweight titles on October 24 from likely either Las Vegas or Abu Dhabi depending on how the pandemic is continuing come the fall. 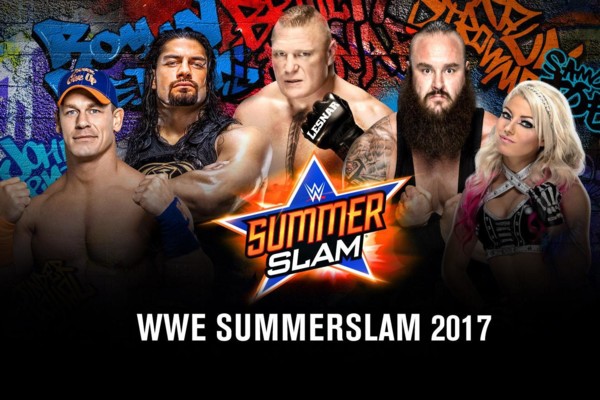 Tonight is the biggest night of wrestling for the summer, WWE’s SummerSlam 2017! Vince McMahon’s annual summer showcase this year is headlined by the Fatal 4 Way match between Brock Lesnar, Roman Reigns, Braun Strowman, and Samoa Joe for the title of WWE Universal Champion. While we hope the in-ring action to be the best, some of the storylines heading into SummerSlam have cooled off, let’s take a look at some of the still blazing ones. Rumors aplenty ahead.

Is Undertaker going to be at SummerSlam? 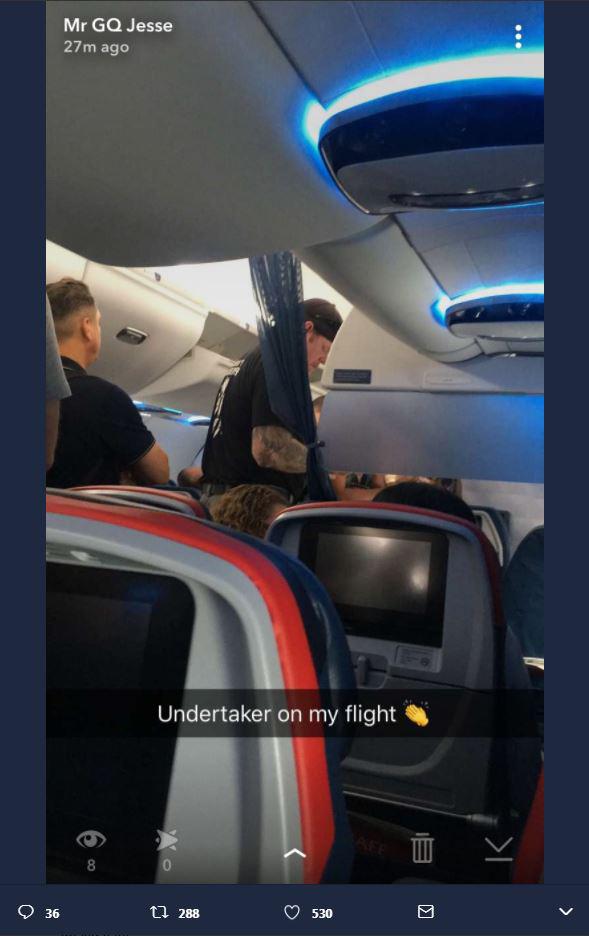 Undertaker was spotted on a flight to NY this Friday. This could have potentially huge ramifications for the Universal title match. Undertaker over the past couple of years had intense feuds with Roman and Brock and he could be coming to interfere in the title picture. Particularly with the former as he was the one who put him to rest in his own yard. With the main event being a no-DQ match, Undertaker’s presence could swing into a surprise win for the two newest arrivals on the Raw title scene, Braun, and Joe.

This last Raw, we were witness to the reunion of 2/3 of The Shield. Dean and Seth have joined forces to face Sheamus and Cesaro, The Bar. This comes after the prior month being a seesaw relationship between Dean and Seth. The only one missing from the reunion is Roman. With Wyatt and Balor both on Raw, there is the potential for two other factions to form and face the Shield. Could a Shield reunion mean we see the return of the Wyatt Family or hopefully the long awaited debut of the Balor Club on Raw?

Only tonight will tell. The Shield may also prove vital to making sure Roman wins the title tonight. Dean has his history with Brock and Seth has feuded with Joe prior to this. We may be seeing The Shield put Strowman through an announce table tonight. I can’t say I’m not looking forward to this possibility.

This past Tuesday, we saw Baron Corbin fail to cash in on his WWE Money in the Bank contract. He made the suspicious choice of waiting for his opponents to get up to cash in his opportunity. He then did it in front of Cena, a man infamous for failed cash-in attempts. Silly Baron. Money in the Bank cash-ins are usually saved for pay-per-view action, but Baron decided to fumble his all the way to failure. This, of course, nixes the change we see a cash-in after the Jinder Mahal and Shinsuke Nakamura WWE Championship match.

Will this result in a more ruthless Baron going forward? Cena hasn’t won at a SummerSlam show since the Nexus debacle, and Baron may be a lucky recipient of that trend. On the other hand, Baron hasn’t been the nicest on Twitter lately. Picking fights with legends and journalists alike. We all know Vince loves Corbin for his size and not so much his intangibles. SummerSlam against Super Cena could be either a death knell or a career starter for Baron. We’ll have to tune into tonight to see.

Last, but not least, Brock losing tonight means the Beast Incarnate will be leaving the WWE right after SummerSlam. There’s already smack talking going between the two fighters’ camps and hype is starting to build. The UFC and WWE have cross-promoted before, but this might be their biggest cross-promotional fight. Bones is a UFC legend with a huge following and has just come off a strong win against Daniel Cormier. Bones is also no stranger to mic work and would be fantastic at holding up his end.

Vince is never hesitant to drum up huge spectacles like this and having Brock not in the WWE ring to promote his end of the fight would mean huge dollars lost for the company. Brock has already been featured in advertisements and promotions for live events and a September PPV appearance. Could this all be a ruse? WWE has teased Brock before and he’s left. Should Brock lose tonight, this picture should become even more clear and means huge dollar signs swinging one way or another.

Tonight’s SummerSlam card is filled with matches that should not disappoint. Let’s hope the ball isn’t dropped with these angles going into SummerSlam.
Markus X. Murden