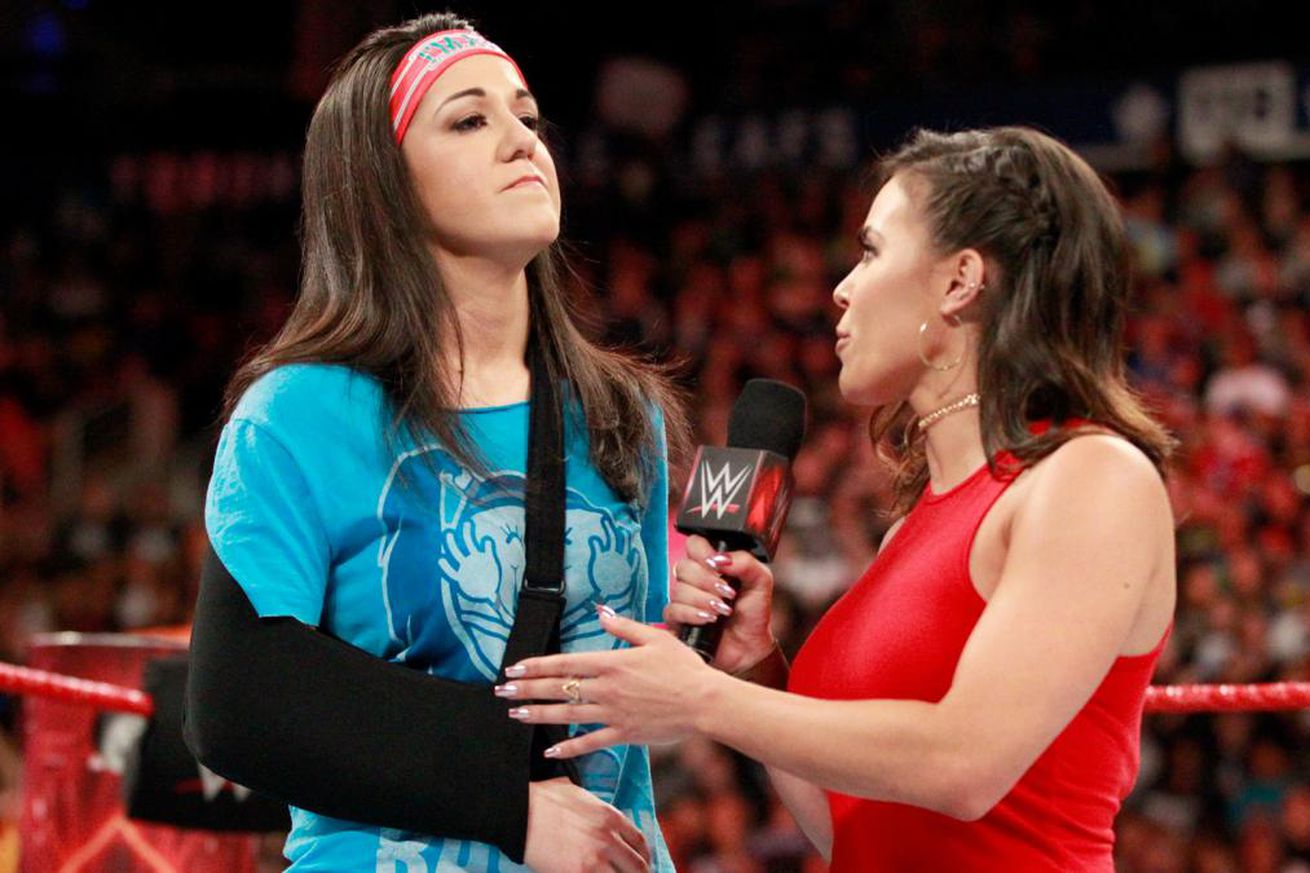 Bayley, the queen of hugs, beloved NXT Women’s champion, and owner of one of the brightest gimmicks ever is failing as a Face on the main roster of WWE. She was supremely over in NXT and her debut on the main roster was highly anticipated, with her arriving at a massive pop. So how did WWE fumble with her and is it indicative of a larger problem?

At the beginning of the year, Bayley was still a favorite in fans eyes. She was in a Women’s Title triangle feud with Charlotte Flair and Sahsa Banks. Even though Sasha and Charlotte’s matches were red hot, Bayley wasn’t far behind the two. The three marquee women on Raw’s roster were developing good story lines and having fun matches. Then on February 13, 2017, Bayley won the Raw’s women championship.WWE played on her being the young girl with a dream and it hit a crescendo beautifully.

The Downfall of Bayley

Then the Superstar shakeup happened, and the Raw’s women division collapsed with Bayley seemingly at the center of it. Bayley’s character has bounced around from varying levels of innocence, all going into story lines that go nowhere. Remember that Cory Graves segment? It still scares me that WWE was willing to go with a story line that one of their superstars was so naively innocent to not have kissed a boy in her life. Is that how you get a wrestler over?

Thankfully that story line has seemingly been shut down and hopefully won’t resurface. However, I don’t know if WWE can do better by her. Her previous feud with current champion Bliss ended with Bayley looking extremely weak. Despite challenging Alexa to the match, she didn’t want to “hurt” her opponent. This takes baby facing to the next level.

Worst of all, Bayley had to suffer through the worst promo segment ever, a “This is Your Life” segment hosted by Alexa Bliss. The segment saw Bliss run down her past, exposing her as a nerd, naively innocent, and a betrayer of her friend for wrestling. Bliss decimated Bayley, making her look weak. WWE mistakenly thinks the audience wants to root for a loser. That’s not the case. We want to root for an underdog, and ultimately an underdog can’t keep coming up short all the time.

This leads us to the run up to Summer Slam. After burying Bayley’s character, she scores a couple of quick wins and is back in the title match for Summer Slam. The booking makes no logical sense at all. Why destroy her one month and then have her headline for a PPV in the next? Because WWE has lost real story line investment.

WWE should have stuck to a design of an ultra baby face who just wanted to win and please her fans. She would be over to the moon, think an antithesis to Roman Reigns even. With Charlotte as the heel, Sasha as a tweener, and Bayley as a face, the Raw’s women division would have a solid foundation. Instead, Bayley’s character has been through the ringer and is worse off for it. Bayley was recently booed on this week’s Raw. Now it was possibly the fans booing at WWE’s booking of Bayley, but accepting that narrative isn’t helpful. 90% of what a wrestler becomes is because of their booking and how well it protects their character. Had Alexa Bliss been given an up and down heel run she would probably be with the rest of the Raw’ women division. Aimless.

I’m not sure if Bayley’s injury going into SS is a work or a shoot. If it’s real I hope she has a swift recovery, and hope she comes back better. I hope she’s not just stuck back in another program with Nia Jax or hoping for a rematch with Bliss. I believe WWE should give her a proper comeback tour. Showcase her with some of the better veterans like Emma and Mickie James to remind the fans why they loved her in the first place. Give her character time to grow naturally, WWE, and they’ll have an absolute gem. The fans are already waiting with open arms.