If you’re a Penn State, Maryland, Rutgers, UConn, UMass, UB or FCS fan you are surely missing college football. Here’s who you should root for in their stead.

Hear me out here. I know you’re a die hard fan. If you’re rooting for one of the dormant Northeast teams it’s probable that you’re an alumni or have other ties to the school.

But, here’s the thing, these schools are not playing football at the moment. Whether your school resumes play this Oct, in the Spring, or Fall 2021, you’ll have some time without your main squeeze. So, take a look below at some of the rooting interests that might be able to tide you over until your main team gets back into the fray.

Florida – The connection? Transfer WR Justin Shorter is immediately eligible for the Gators. He was a highly touted five star recruit for Penn State but never really caught on in Happy Valley. There are no hard feelings with him moving onto another school so feel free to root for UF with impunity. They should be good this year and have SEC championship and CFP potential.

NC State – Why? Transfer DE Daniel Joseph. Same story here, though Joseph was a four star and is a grad transfer. NC State probably won’t be nearly as good as Florida this year but if you prefer to watch the ACC over the SEC or you have an aversion to the Sunshine state this could work for you.

Texas Tech – It is widely known that Penn State-Texas Tech is the most brutal rivalry in all of sports. JK, this has become a faux rivalry on internet forums over the years as neither team really has a true rival. (Though some folks have willed this into an actual thing). The two teams met only once in 1995, Penn State won 24-23. It might also be a refreshing change of pace to root for a Big 12 team where defense is an after thought compared to your daddy’s Big 10.

Bama – Do I really have to give you a reason? This is your chance to get in on the dynasty. JK, transfer QB Taulia Tagovailoa (Tua’s brother) came over from Bama to Maryland and has immediate eligibility. (Of course he does). In addition, Head Coach Mike Locksley hails from Saban’s coaching tree. He served as Bama’s WR coach and then OC for the 2016-2018 seasons.

Western Kentucky University – QB Tyrrell Pigrome transferred here and is playing for the Hilltoppers. A good choice for you if you have an aversion to Bama or like Pigrome’s game. WKU also looks poised to make a decent run in Conference USA this year. They gave Louisville a good fight this past weekend.

Va Tech – No longer a rival as the two don’t share the same conference anymore. I don’t think this would be too icky for Rutgers fans. Five NJ guys are on the VT roster in: Nikolai Bujnowski, Tyrell Smith, Tyree Rodgers, Ny’Quee Hawkins & Byron Whitehead. In addition, Raheem Blackshear transferred in from RU to play for the Hokies. (Though this may make things more or less palatable for RU fans depending on how they feel about the transfer).

Cuse – HC Randy Edsall played QB for Cuse in the 70s and then served in various coaching roles for the Orange from 80-90. QB Tommy Devito should make things fun to watch with a lot of shootouts in the ACC. However, this might be a hard pill for Husky fans to swallow for basketball and former Big East reasons.

Army – West Point is only a few hours from Storrs, CT. Both teams are also two of the few football independents so they should stick together. Army and UConn generally don’t recruit the same players so there is little overlap here. Army is also ranked in the AP Top 25 at the moment. Why not?

UCF – For the glory of the Civil ConFLiCT. Not really, nobody cares or cared about this.

Duke – Four pass catchers on Duke’s roster hail from Mass (TEs Matt Smith, Cole Finney, Noah Gray and WR Jake Bobo).  All are listed between 6’4 – 6’7. So, if a big pale guy catches a ball for the Blue Devils there is a good chance its a guy from Mass.

BYU – UMass will always have the 2017 victory over BYU as a feather in their cap. The better that the Cougars do year after year, the better that victory looks. UMass and BYU are also independent bros.

Temple – I’ve written before about how the two schools have a lot in common. Both larger schools in urban areas with decently ranked G5 football. I don’t think their limited history against each other is enough to turn off Bulls fans from rooting for the Owls.

Boston College – Grad transfer DT Chibueze Onwuka should see playing time for the Eagles. I’d expect an improved year with Phil Jurkovec under center, so this could be a fun team to watch.

I’ve paired these FCS conferences off with the FBS schools that make the most geographic sense.

Colonial (North) – WVU, Navy also used to be a member of the Colonial 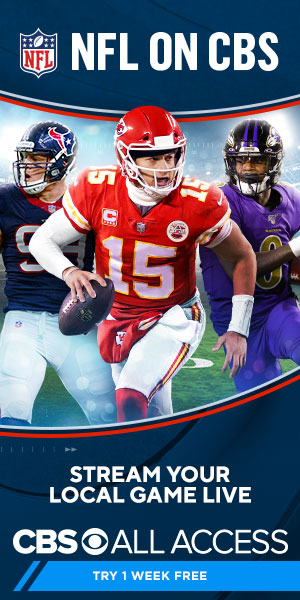